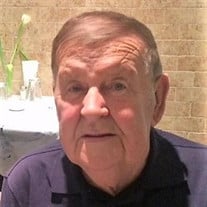 Dominik Cerwas, 77, of Garfield, passed away on Monday, December 10, 2018. Dominik was born in Nowa Biala, Poland and emigrated to the United States in 1985, settling in Garfield. Dominik worked for Swepco Tube Corporation in Clifton for 20... View Obituary & Service Information

The family of Dominik Cerwas created this Life Tributes page to make it easy to share your memories.

Dominik Cerwas, 77, of Garfield, passed away on Monday, December...

Send flowers to the Cerwas family.