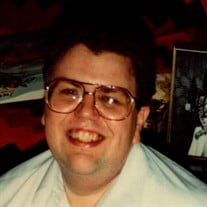 John Anthony Budzinski, 62, lifetime resident of Wallington, passed away Monday, December 15, 2014. Prior to his retirement in 2013, John was an administrative assistant for the Wawel Savings Bank of Wallington and Garfield for 9 years. Previously John was employed by the Chase Manhattan Bank in New York City for 15 years. He was a parishioner of Most Sacred Heart of Jesus R.C. Church in Wallington. John was the current President and 46 year member of the Chopin Singing Society of Passaic, an officer and delegate, also serving in many other capacities, with the National Body and Local District 7 of the Polish Singers Alliance of America. He also chaired other various conventions, most recently the 125th Anniversary of the Alliance this past May. John was on the Board of Directors of the Polish American Cultural Center (Polish Peoples Home) in Passaic. John was a member of the Pulaski Day Parade Committee of New York City, and was the Grand Marshall of the Pulaski Day Parade, Passaic and vicinity contingent in 1988. John was chosen the Polish American Citizen of the Year in 1991, was an avid Polka dance enthusiast, accomplished accordianist, and was also involved in numerous other Polish American societies. John was the devoted son of the late John S. and Loretta (Zabicki) Budzinski, dear brother of Mary P. Caddigan, and her husband John, of Hopatcong, and Irene Neilley of Clifton, and special friend of Brent Iskra, of Clifton. John is also survived by many loving nieces, nephews, and cousins. In lieu of flowers, memorial donations to Most Sacred Heart of Jesus R.C.Church, Wallington, or the Chopin Singing Society, c/o Polish American Cultural Center, 1-3 Monroe Street, Passaic, N.J. 07055, in memory of John A. Budzinski, would be appreciated.

John Anthony Budzinski, 62, lifetime resident of Wallington, passed away Monday, December 15, 2014. Prior to his retirement in 2013, John was an administrative assistant for the Wawel Savings Bank of Wallington and Garfield for 9 years. Previously... View Obituary & Service Information

The family of John Anthony Budzinski created this Life Tributes page to make it easy to share your memories.

Send flowers to the Budzinski family.