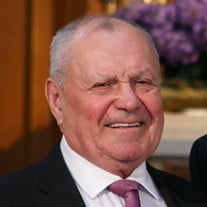 Kazimierz T. Olik, 68, of Elmwood Park, passed away Tuesday, November 17th, 2015. Born in Hosznia Abramowska, Poland, Kazimierz was a Firefighter before joining the Polish Army becoming a Commando with the elite Red Beret (Czerwony Berety) in Krakow. He also completed 22 jumps as a paratrooper and earned a bronze medal in Skiing. He came to the United States in 1971, lived in Clifton, before moving to Elmwood Park 38 years ago. He was a mason for Jon Construction in Saddle Brook specializing in fireplaces for 35 years retiring in 2009. He was a parishioner of St. Stanislaus Kostka R.C. Church, Garfield. Kazimierz was the beloved husband of Karolina (nee Korgul), devoted father of Zbigniew Olik, and his wife Jennifer, of Freehold, Kevin Olik, and his wife Lisa, of Clifton, Danuta Espinosa, and her husband Robert, of Garfield, and Monica Olik of Elmwood Park, loving grandfather of Jonathan, Jessica, and Dylan, dear brother of Stefan Olik of Elmwood Park, and Lucyna Stec of Garfield.

The family of Kazimierz T. Olik created this Life Tributes page to make it easy to share your memories.

Send flowers to the Olik family.