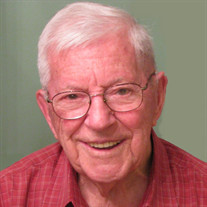 Louis (Lou) Salvatore Mallia, 101, died peacefully at Springmoor Life Care Community in Raleigh, N.C. on January 17. He was strong and fiercely independent, living in his own apartment until two days after his birthday last November. He was a husband and father who always placed his family first, and a kind and generous friend who was always willing to help. For this he will be forever loved and admired. Lou was preceded in death by his wife Pauline Moolick Mallia on February 14, 2002; two elder brothers, Patrick and Frank; and his sister, Sadie Raia. Lou is survived by his daughter Karen L. Mallia and son-in-law Bruce Bakaj of Columbia, S.C.; his son and daughter-in-law, Louis P. and Lillian Mallia of Raleigh, NC; three loving granddaughters, Christine Mallia, Nicole Mallia and Emily Bakaj; and five nieces and nephews. Born November 18, 1916 in New York City, Lou was orphaned during the 1918 Spanish influenza pandemic. He was brought to Lodi, N.J., and raised first by his maternal grandparents, and later by his sister Sadie and brother-in-law Jack Raia. He spent nearly all his life in Garfield, N.J., graduating from School No. 4 and Garfield High School, and attending Rutgers University. He retired in 1982, honored for 36 years of service to the City of Garfield, as Receiver of Taxes and City Treasurer. He never took a sick day, and walked a mile several times through snow-closed roads to open the Tax Collector's office. In addition, he worked part-time selling life insurance for the J. Kislak Agency, and after retirement, worked for H&R Block preparing income taxes. Throughout his career, he was active in the Bergen County Tax Collectors Association, holding several offices. Lou spearheaded the city's passage from handwritten records to automated bookkeeping and addressing. He was active in the Garfield Lions Club for many decades, serving as president from 1963-1964. Lou was an enterprising and adventurous youth. He rode his bicycle 14 miles to watch construction of the George Washington Bridge. He founded a local social club, organized bus trips to Atlantic City to cover his own trip, and was among a trio of friends nicknamed "Ready," "Willing" and "Able." He was always Ready. A proud veteran of the U.S. Army Air Forces, Lou served three and a half years, deploying to the European theater during WWII. Stationed in Thurleigh, England with the 306th Bombardment Group, he worked as an airplane mechanic crew chief, servicing B-17 engines. He was awarded the Good Conduct medal and the Distinguished Unit badges, among others. Until the end, Lou regaled all who would listen with tales of his wartime adventures - some detailing his official duties and circumstances, and many regarding his weekend pass adventures in the pubs of London and nearby English towns and cities. Lou and Pauline relocated to Springmoor Life Care Community in Raleigh in 1998. A devoted husband, he spent four years at his wife's side, caring for her with love and compassion. After Pauline died, Lou immersed himself in Springmoor life in a myriad of ways - gardening, playing ping-pong, bocce, and croquet; learning how to use a computer at age 87, and in turn teaching others; and exploring North Carolina on various day excursions. He participated in The Springmoor Olympics several years running, medaling in seven events one year. Lou was well known throughout the community for his kind and generous spirit, such that he was named Springmoor "King of Hearts" in 2002 for his volunteerism. Friends are invited to a memorial celebration of the life of Lou Mallia at Springmoor Auditorium, 1500 Sawmill Rd., Raleigh, 2 p.m. January 26. Visitation is February 1, 7-9 p.m. at Kamienski Funeral Home in Garfield, N.J., with interment at St. Mary's Cemetery, 1 Outwater La., Saddle Brook, N.J. February 2. In lieu of flowers, memorial donations may be made to: The Wings of Freedom Tour of WWII aircraft c/o The Collings Foundation, www.collingsfoundation.org; NAMI (National Alliance on Mental Illness); [email protected], createathonusc.org, which serves numerous S.C. nonprofits; to the Springmoor Endowment Fund; or the charity of your choice.

Louis (Lou) Salvatore Mallia, 101, died peacefully at Springmoor Life Care Community in Raleigh, N.C. on January 17. He was strong and fiercely independent, living in his own apartment until two days after his birthday last November. He was... View Obituary & Service Information

The family of Louis S. Mallia created this Life Tributes page to make it easy to share your memories.